This week I’m bringing to you six of the pillars of the holistic health movement. They are all amazing people who came to Paleo F(x) to share their knowledge. They have a common goal—to empower people to lead healthier lives. Each one has something that might enrich your life, so have a look…

Robb Wolf is one of the original Paleo trailblazers and a bestselling author. He is a former research biochemist and one of the world’s leading experts in Paleolithic nutrition. He writes extensively about celiac, gluten, and autoimmunity. If you’re confused about the differences and benefits of the ketogenic diet vs. the paleo one, Wolf gives a great overview. He has a popular iTunes podcast and a seminar series. His book, Wired to Eat explains how to turn off cravings, rewire your appetite for weight loss, and determine the foods that work for you. 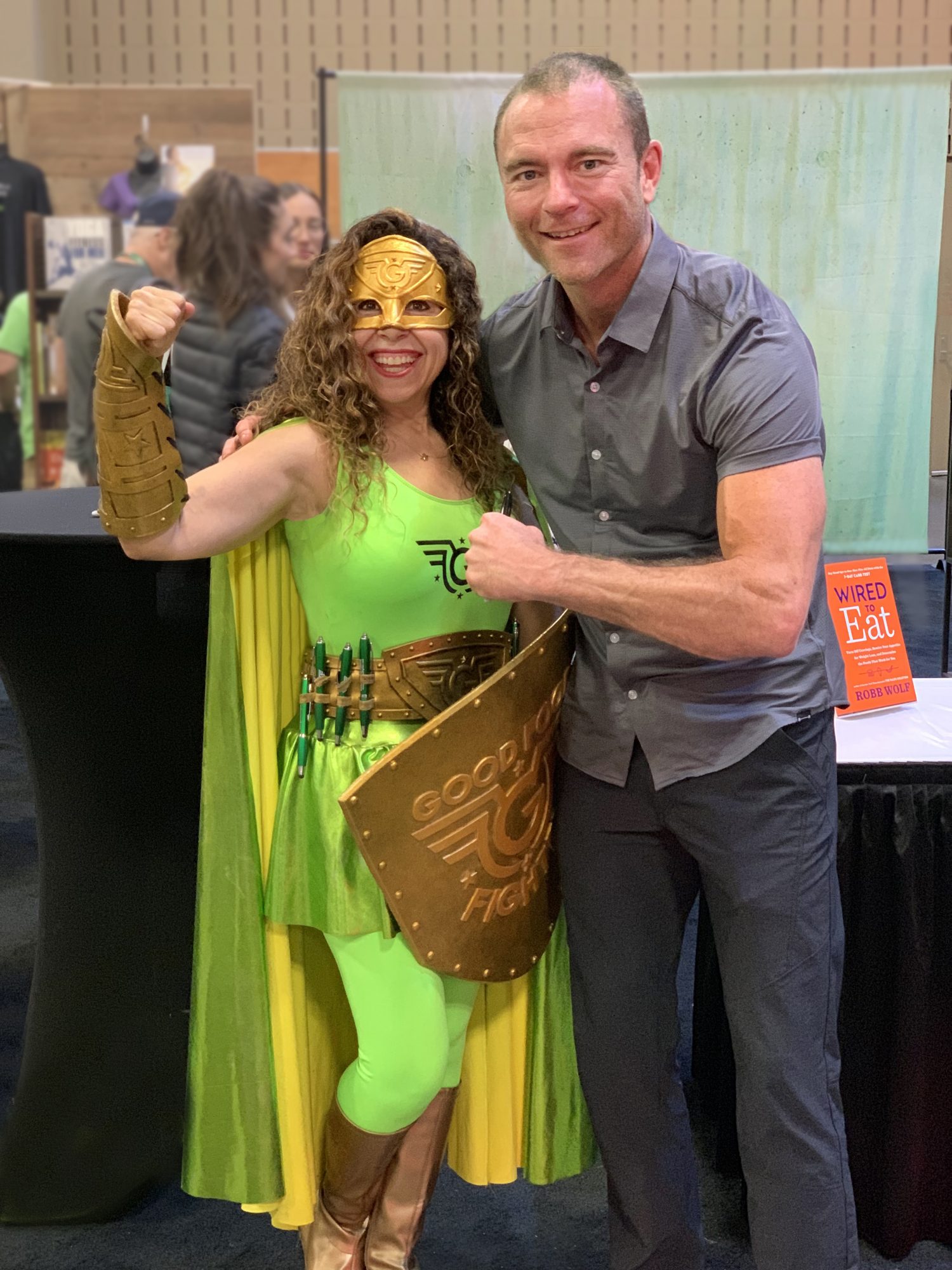 Dr. Perlmutter is on the cutting edge of holistic neurology. He writes about how to maintain and improve brain function and to prevent and treat diseases of the nervous system that are not managed well by conventional medicine. Much of his work addresses how lifestyle influences health and illness. Check out this surprising article on how magnesium deficiency can lead to disease and how you can prevent it. Perlmutter’s book Grain Brain has been a game changer. He explains the surprising truth about wheat, carbs, and sugar—your brain’s silent killer. 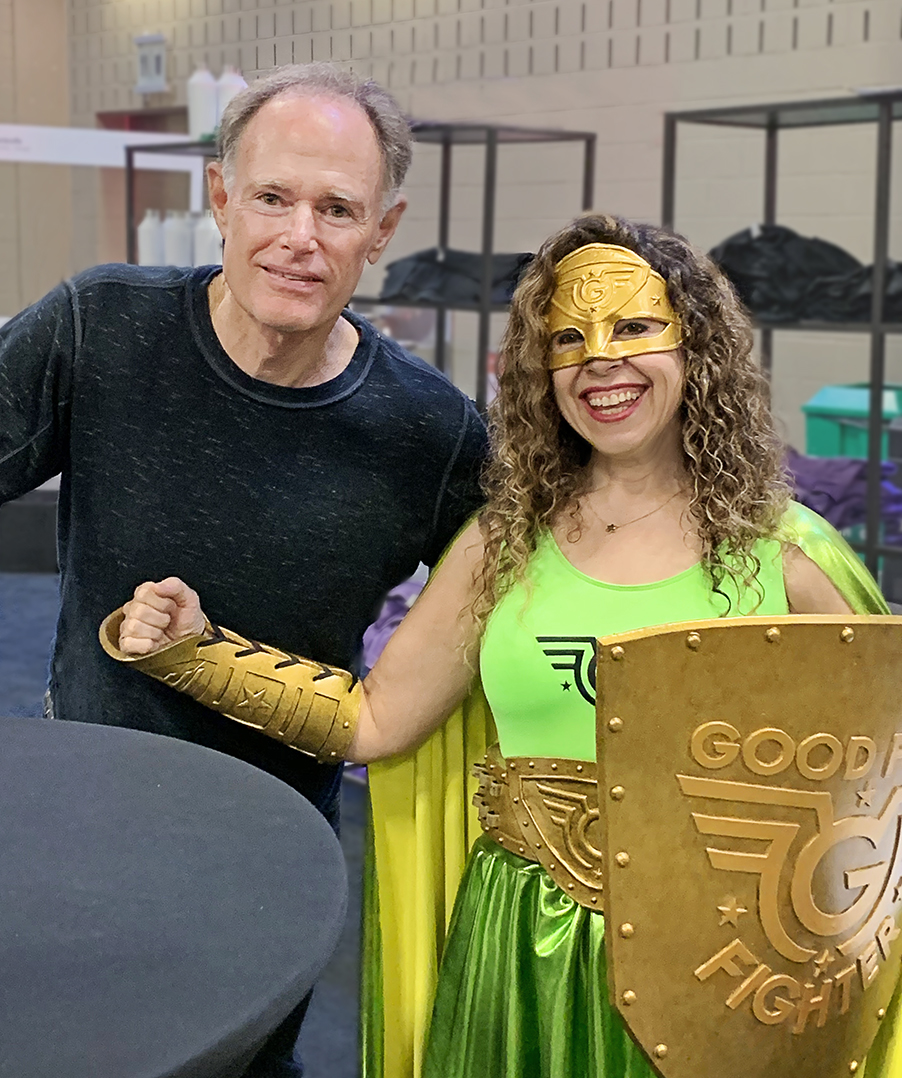 Reed Davis, a nutritional therapist, wants people to know that there are malfunctions at the root of their health complaints which can be identified using functional lab work. Patients often don’t understand what is causing their symptoms and neither do their doctors. Many people cope with unpleasant symptoms for years using meds that mask the symptoms. This is because most conventional doctors don’t bother to, or don’t know how to, search for and find the root causes. Reed uses Functional Diagnostic Nutrition, a system that uses functional diagnostic lab work, to identify malfunctions at the causal level and then engages clients in a healing process. 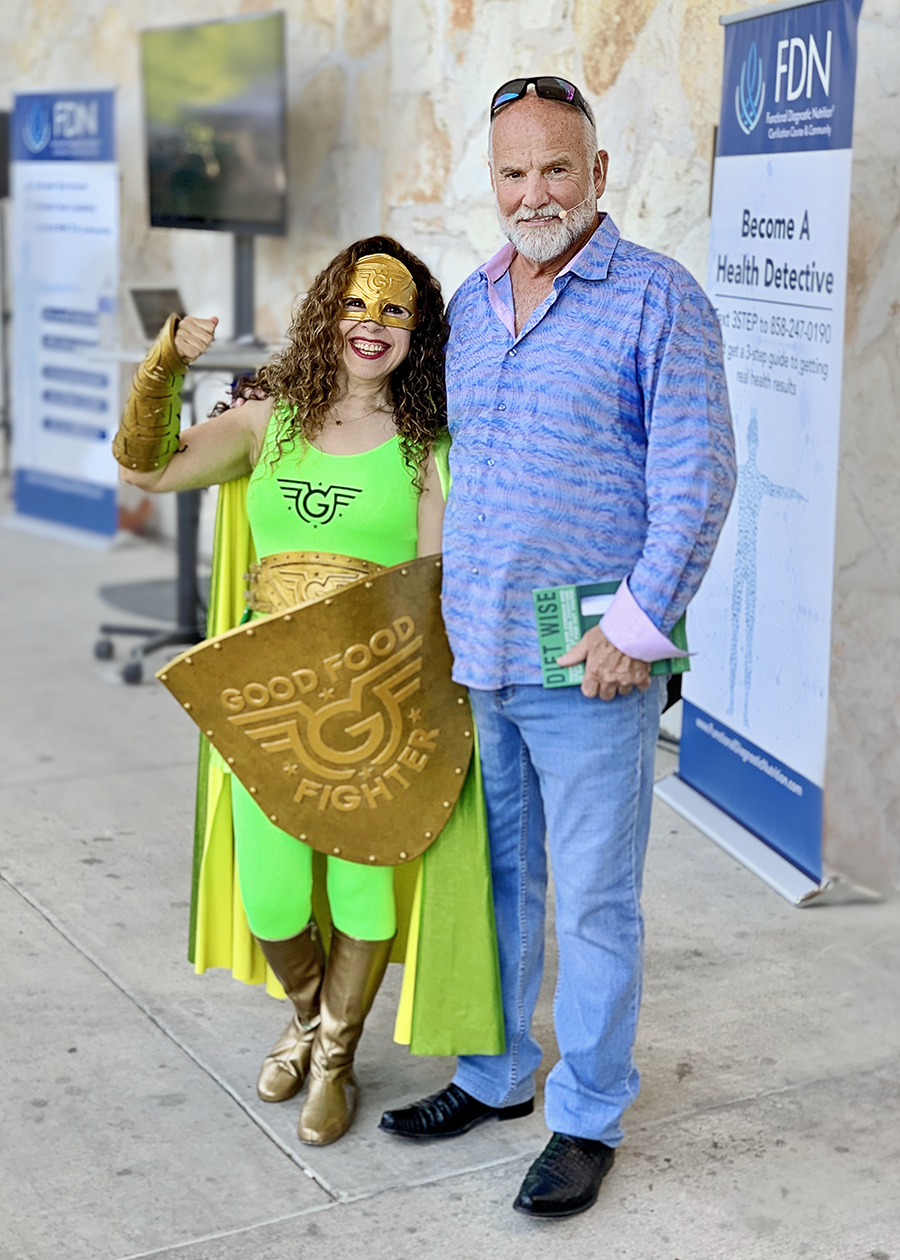 Dr. O’Bryan is considered a ‘Sherlock Holmes’ for chronic disease because he searches for their underlying causes. He has trained thousands of practitioners around the world in advanced understanding of the impact of wheat sensitivity and the genesis of autoimmune diseases. He created The Gluten Summit – A Grain of Truth, to help people understand the connection between gluten and a wide range of diseases, disorders, and symptoms. He received the National Book Award for The Autoimmune Fix which explains where degenerative diseases come from. This knowledge empowers you to identify the dis-ease process years before the symptoms are obvious so that you can turn your health around before it’s too late. 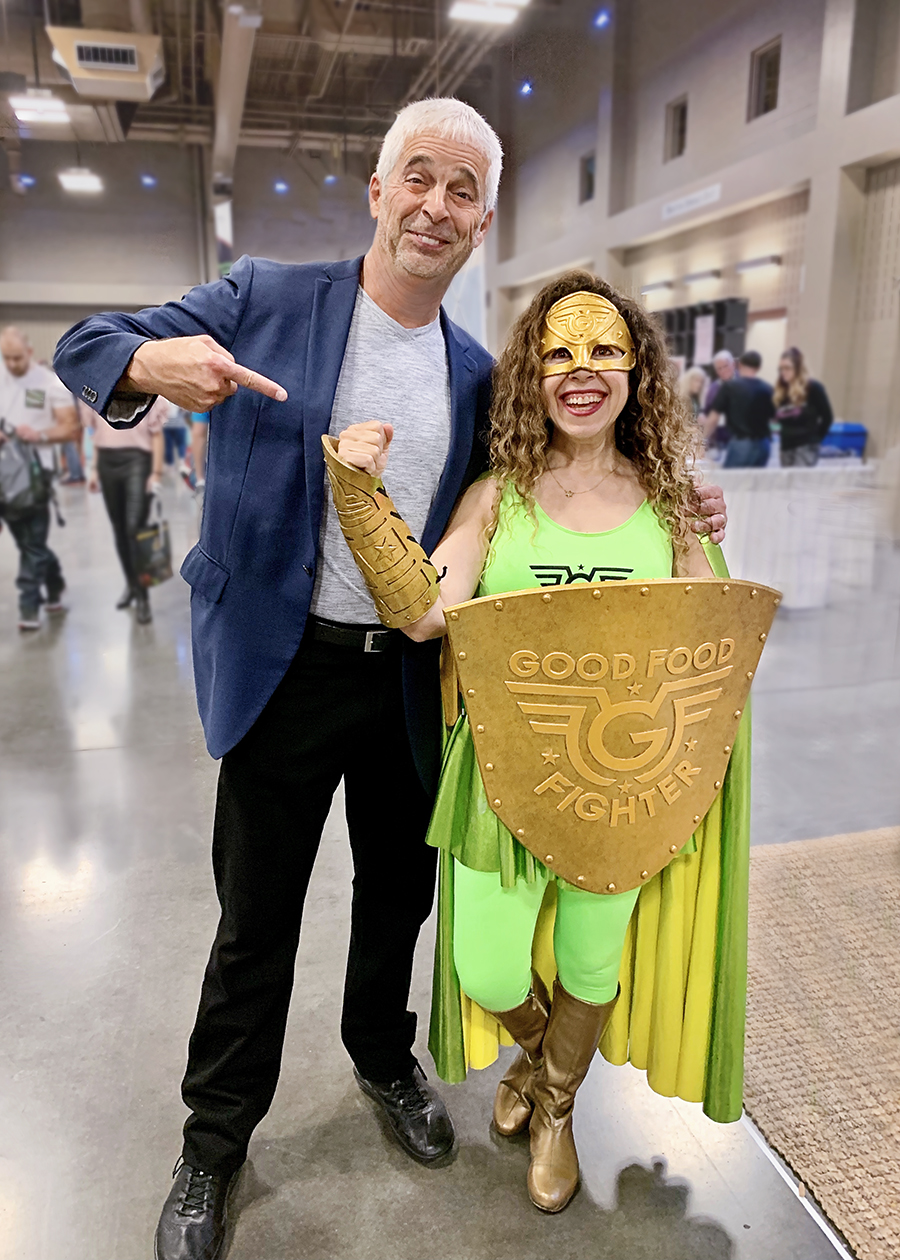 Mark Sisson is one of my personal heroes. Until a few years ago, there were no salad dressings on supermarket shelves—not even at Whole Foods—that did not contain canola, sunflower, or soybean oil. (Okay, just one: Bragg). But Sisson changed that. He launched Primal Kitchen, the fastest growing paleo food company in the U.S.. and developed a line of avocado-based salad dressings that are delicious—I’ve tried them all! Sisson also has a friendly blog called Mark’s Daily Apple, where he tells it like it is. I always bristle when I read articles—often by nutritionists– endorsing whole grains, because they are overlooking so much of the available science. This article, Why Grains are Unhealthy provides a take-no-prisoners rejection of the establishment opinion. Check out his website for lots of yummy recipes like this one. 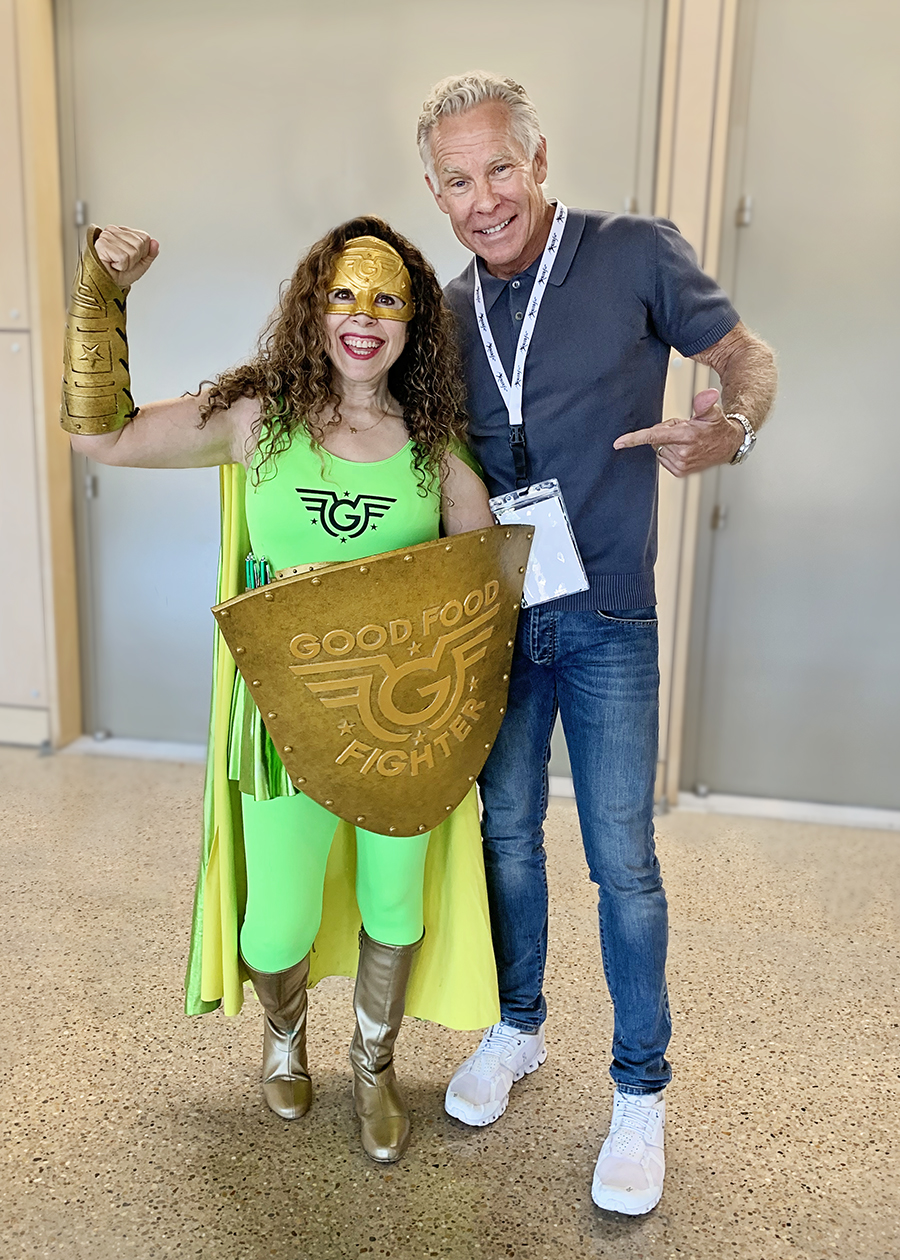 This tempting keto fudge is just as creamy as you remember it, but with almost zero carbs and a boost of collagen as well as healthy fats, this recipe is a keto dream.

Melt and mix all ingredients in a double boiler (or bowl put over boiling water). Stir well.

Pour into mold or tray and refrigerate until solid.

Pop out of silicone cube container, and enjoy! Store covered in the refrigerator.

Note that this recipe is also paleo and vegan! For pictures and nutritional information, plus more recipes, go to Mark’s Daily Apple.

I’m actually not this short, he is just really tall. Just kidding, I really am this mind-numbingly short. Although I prefer to be called petite. Petite and powerful. Especially when I use my kale-inator to explode drug-laced cake in the hands of unsuspecting children. But I digress…

Chris Kresser is the co-director of the California Center for Functional Medicine and is also an inspirational speaker and writer. What is the future of medicine? According to Kresser, me, and thousands of doctors, conventional medicine doesn’t stand a chance of turning the tide against chronic disease. So Kresser created a training program for health coaches using a new paradigm of care to address health and illness. He is part of the revolution that is reinventing healthcare. His book, Unconventional Medicine, is a rallying cry to other health practitioners to be part of the solution. Kresser has been on the Dr. Oz show and Fox and Friends. 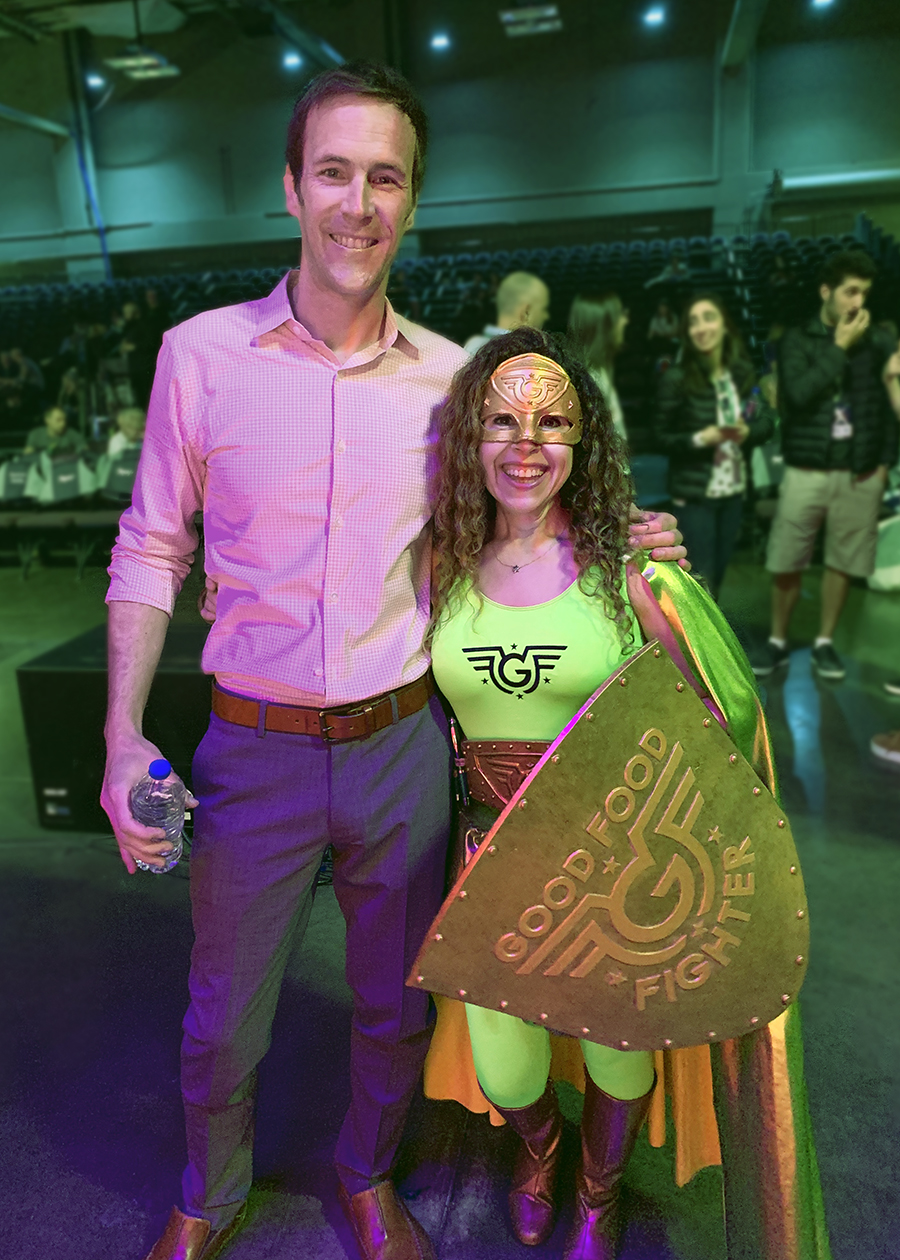 Yes, predictably, there was a caveman at the show. He had been frozen in ice for 12,000 years and just defrosted yesterday. He is holding the shank bone from an antelope, which was his last meal… 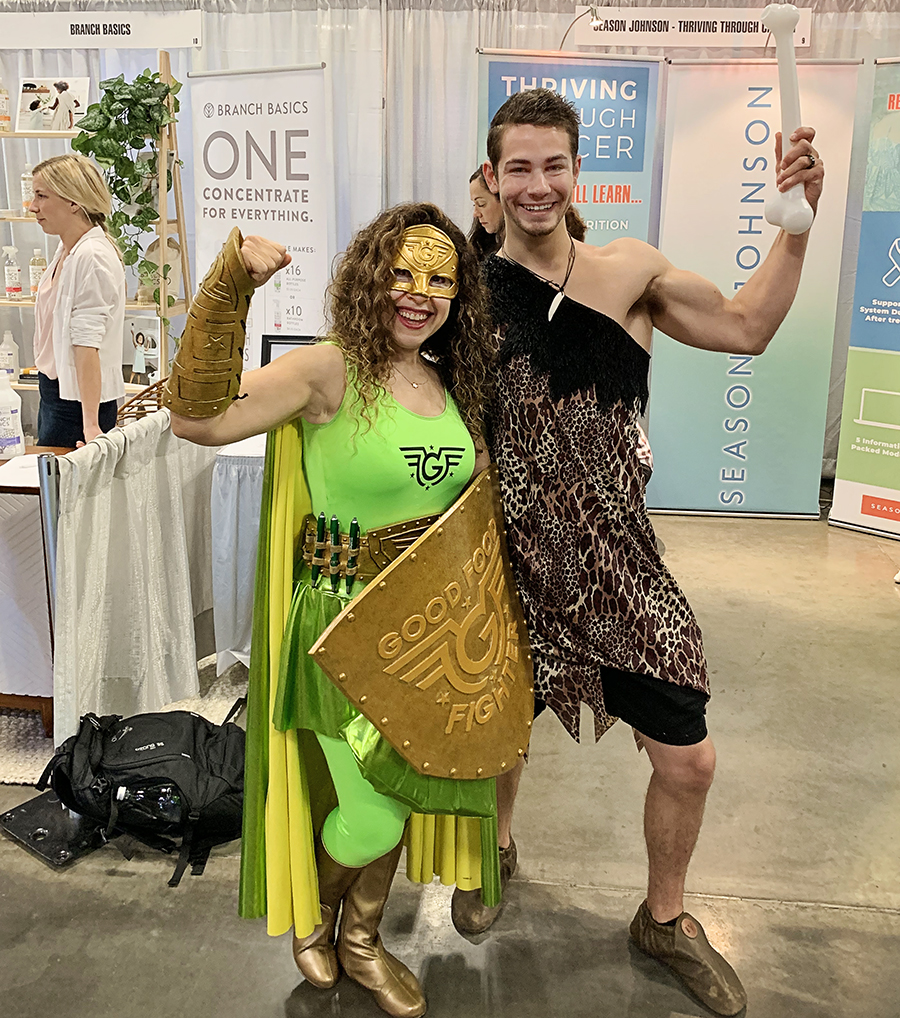 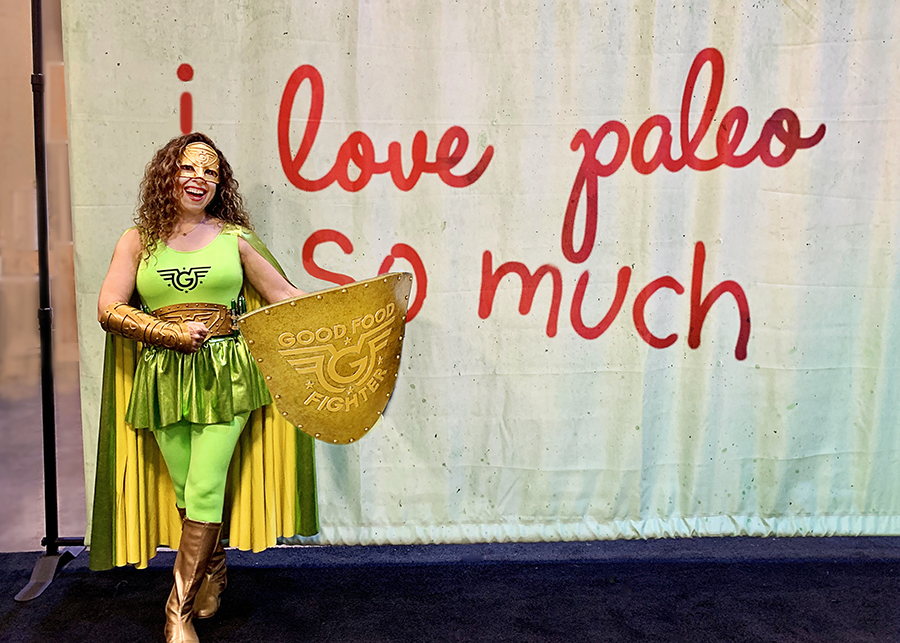 I also love keto, but I alternate with paleo; occasionally I want a nectarine or some sweet potato and I find the keto diet too restrictive for the long term. But I firmly believe that sugar and grains are at the root of all modern, Western disease and are the culprits of the growing epidemics of obesity, diabetes, metabolic syndrome, heart disease, cancer, and so much more…

Meet the Good Food Fighter at Keto Con this Saturday, June 29, in Austin! The event is a great opportunity to learn about the ketogenic diet and lifestyle. You will also meet elite athletes, medical professionals, scientists, educators, researchers, dieticians, fitness experts, and lifestyle coaches. Plus there’s lots of super healthy and yummy keto food!

Want to know which presidential candidate came to Paleo F(x)? It’s the one I’m going to endorse. Sign up for the Good Food Fighter newsletter so you won’t miss the post.