The internet is exploding with misinformation. If you research almost anything, you will find an answer. More surfing will likely turn up conflicting “information” that contradicts your first source. Why is that? 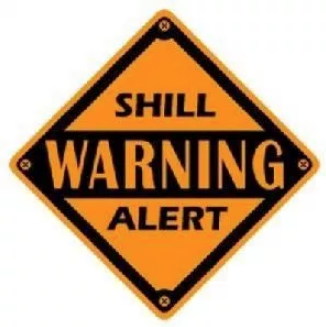 Well, everyone has an opinion, and on the internet, opinion often masquerades as fact. Inaccurate information is not always deliberate—people have different levels of experience and expertise. Some people who make claims do extensive research first; and others read one story and believe it. Some organizations are run by consumer advocates—those who want to inform and protect consumers. Other sources are deliberately misleading, such as front groups funded by Monsanto and Coca-Cola. Their sole motive is to protect their brands and their profits, and they engage in all kinds of clever online strategies, to achieve this goal. Disseminating propaganda and misinformation is key to their success.

There are dozens of these organizations with legitimate sounding names that are actually industry front groups for mega food, biotech, and pharmaceutical companies with questionable products that they push on an unsuspecting, trusting public.

They claim to represent famers, consumers, the poor, or the well-being of animals but in reality exist only to promote their unhealthy products and practices.

Here are some of the worst offenders:

From their website: “GMOs have a rigorous review process and must be proven safe to grow by the USDA, safe for the environment by the EPA, and safe to eat by the FDA. After being on the market for about 20 years, there is no evidence to suggest that GMOs are harmful.” Yup, no evidence at all. Nada. Zip.

Who exactly is the farmer here? How about the rancher?

Yes, indeed—Hershey is where I go when I want some good objective information on food. Thanks, Hershey!!!

From their website: Without any basis in credible evidence, advocates of raw milk believe it is a more healthful option. In reality…you’re 150 times more likely to get sick if you drink raw milk versus conventionally produced milk. (Spewing unfounded “statistics” is their response to a critic’s review of the the movie Rotten which you should see).

Integrity? That’s hilarious. The cockroach that I just smushed has more food integrity.

From their website: “Most sugars in fruits are fructose or glucose and to a lesser extent sucrose. Table sugar is sucrose extracted from natural sources. Neither type of sugar is better or worse for consumers except that fructose doesn’t provoke an insulin response.  Yet, too much fructose consumption can increase the likelihood of weight gain.” (Good job confusing consumers. Now I understand that an apple is going to make me fat so I better eat a donut instead!) “Does the body process added sugars any differently than naturally occurring sugars? No, not if they are chemically the same types of sugars.”(More confusion and spin) So, while you may think that swapping honey for a table sugar is better for you, your body cannot tell the difference between it. (So an apple and a donut are pretty much equivalent…thanks for the sound science, National Restaurant Association!)

Council for Biotechnology Information (funded by Monsanto, BASF, Dow, Bayer, DuPont, Syngenta)
Mission: Rationalize the safety and necessity of GMOs
Running fast and loose with the word “information”, are ya? 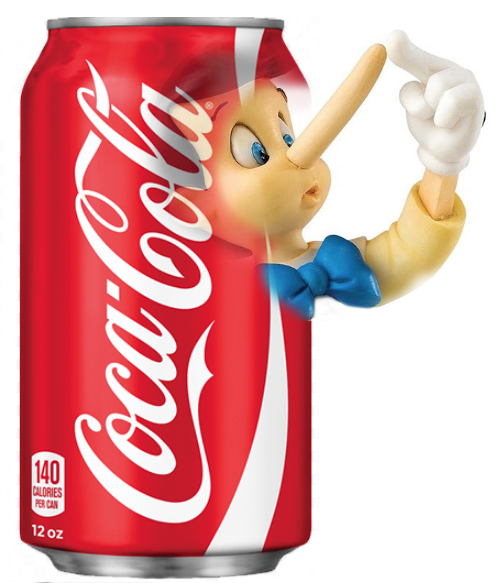 What am I gaining freedom from, I wonder. Perhaps from safety regulations, labor laws, and knowing how much crap is in my coke. Thanks folks! I feel so liberated as I eat pharmaceutical-pumped diabetes-causing foodlike matter prepared by people living below the poverty line.

From their website: “Research consistently shows genetically improved foods are no different than conventional foods.” Oh really? Which research?

Isn’t it awesome that gas, soda, and burger companies are creating science and health policies and protocols?

From their website: “Furniture contains fire retardants to prevent your house from burning down. The EWG would prefer that we all suffer an increased risk of dying in a fire in order to eliminate a completely theoretical (and unlikely) risk from fire retardants.” Hey Genius, if you do your homework you know that almost all fire victims die from smoke inhalation, not the flames. Fire retardants are a big business, though!

From their website: …the story of Becky and Melissa on the Joe Yeung Farm in Sacramento…young farmers who are experimenting with new innovations to overcome agricultural challenges and produce the high quality ingredients that go into brands like Campbell. Come again? Are we talking about ingredients like vegetable oil, modified food starch, and dehydrated mechanically separated chicken? How about soy protein concentrate? Or maybe they were referring to monosodium glutamate? All super healthy, guys—keep up the good work, Campbell’s!

Better name: Poison the World so We Get Rich 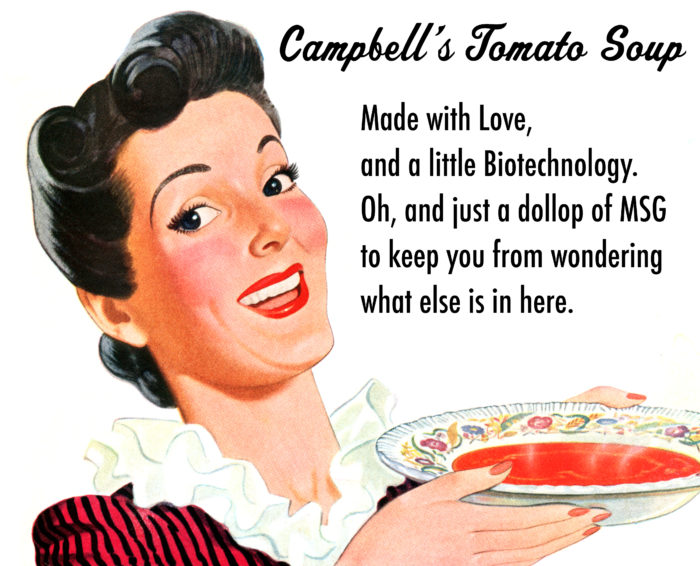 Because who really cares if your mother or sister has a common infection that used to be easily treatable with the antibiotics that are no longer effective? Does it matter that people will die from these infections?

From their website: Alliance members have access to our Farm Security App and resources to help protect farmers and ranchers from activist activity and other security concerns. Click here for more information on how to become a member. (They’re talking about undercover videos that expose horrendous farm practices including animal torture)

From their website: A New Threat to Families and Agriculture: Families in California and agriculture nationwide are facing a new threat that is being pushed by animal rights extremist groups. The Humane Society of the United States (HSUS) and their coalition affiliates…have filed a new initiative that will require all eggs produced and sold in California to be from cage-free hens. Gosh darn, that’s horrible! It’s really a threat to all humanity!

From their website: “Decades of testing show that if fruits and vegetables have any pesticide residues on them, even a small child could eat hundreds or thousands of servings every day without any health effects from the very small amount of residues that may be present.” I would like to talk to the subjects of their research who ate hundreds or thousands of servings of apples with 47 pesticide residues every day without any health effects. Nice try, guys!

“If you can’t convince them, confuse them.”

From their website: “No-till or zero-till is under threat from misinformed lobby groups trying to get the active ingredient ‘glyphosate‘ banned from all of our European crop production systems.  It is a very safe herbicide, (weedkiller) that we use instead of cultivation to kill weeds and cover crops, prior to planting our next crop…It is used across the world and is one of the most rigorously tested of any pesticide, that is currently registered for use.” Actually, the FDA has decided not to test produce for glyphosate residues because it’s “too expensive”. Hmm. I wonder who at the FDA decided that it was not a priority. Probably the former chairman of Monsanto who now runs it!

Even WebMD, which appears to be an unbiased source of health information, uses its influence and search-engine prominence to promote corporate “health” tools and products and features Biotech ads and infomercials promoting the industry’s agenda and increasing its profits. Thanks, doc!

The U.S. Farmers and Ranchers Alliance spent over 28 million dollars over 5 years defending GMOs and pesticides. Compare that with small non-profits and watchdog agencies who are trying to protect the health of consumers and to educate them on a shoestring budget made up of donations. The playing field is dangerously lopsided. The GFF has a big job to do getting the word out…

So, folks, these are the organizations who are lying to you. The minute a study is published describing research showing that sugar is addictive, the Monsanto minions get to work producing articles that try to convince you that eating donuts is really the same as eating fruit. And when studies link Glyphosate to cancer, the little shrews will  misrepresent data to suggest that Glyphosate is actually as pure and healthy as alpine water.

But now you know.

Want to know more? Check out this extensive report.

Who do you think created the earliest front groups?

Obviously it was your grandmother!😉. Actually, it was obviously the tobacco industry. No surprise there. Read the fascinating history behind their evil tactics…

How do front groups corrupt the medical profession and prevent the people you trust from telling you the truth? Find out here. Sadly, medical-professional organizations and health charities are compromised by industry funding. Can you say conflict-of-interest?

So who can you trust? Stay tuned!