Continued from Does Sugar Cause Cancer, Part 1.

The answer to the quiz in last week’s article is: Yes, added sugar leads to cancer, often at the end of a long, circuitous journey with stops along the way for obesity, diabetes, metabolic syndrome, and cardiovascular disease.

If sugar is so toxic then how come it’s not regulated?

A trove of internal industry documents that was accidentally discovered in a public archive shows how the sugar industry used the tobacco industry’s playbook to deceive the public, the US government, and the American Heart Association, dating back to the 1950s. The sugar trade organization—with 30 international members— relentlessly defended sugar as an innocent and wholesome food and blamed dietary fat for America’s growing diabetes epidemic.

In The Case Against Sugar, science journalist Gary Taubes describes how the sugar industry bankrolled scientists and nutritionists to do their bidding. In 1951, the Sugar Association Inc. (SAI) awarded three million dollars in research grants to the most prestigious universities—Harvard, MIT, Princeton, and Cal Tech. The MIT grant funded five years of research on carbohydrate metabolism and an exploration of new industrial uses for sugar. One of MIT’s leading scientists became the scientific director of the Sugar Association. The president of MIT was enthusiastic about this new “collaboration”(otherwise known as a conflict of interest) between industry and universities. He hoped it would become a model for the future, and it did.

How did we become addicted to sugar?

A prominent academic who championed the cause of the sugar industry was Ancel Keys. He authored the famous Seven Countries Study in 1958 which sought to prove that countries whose populations consumed the most saturated fat had the highest rates of cardiovascular disease. He found what he was looking for by selectively interpreting the data, using methods that were flawed, and removing countries from the study that did not fit with his hypothesis. His greatest detractor, John Yudkin, produced contrary evidence linking the over consumption of sugar to a litany of health issues. Yudkin sounded the alarm but was out-shouted and undermined by both Keys and the Sugar Industry. Ancel’s Seven Countries Study was published in 1970 to great acclaim and influenced the American diet for four decades.

Fred Stare, founder of the department of nutrition at Harvard, was another loyal advocate for the sugar industry. He, too, wrote scores of papers not only exonerating sugar of all ills but praising it as a nutritious and necessary food. In The Case Against Sugar, Gary Taubes reveals to us that General Foods Corporation—maker of Kool Aid and Tang—helped fund a new building for Stare’s department, a department which also accepted donations from the National Confectioner’s Association, Coca-Cola, PepsiCo, and the National Soft Drink Association. Taubes recounts that after Stare defended the goodness of breakfast cereals at a Congressional hearing, the founder of Science in the Public Interest (CSPI) called out his glaring conflict of interest: the Harvard School of Public Health had received $200,000 in funding from Kelloggs and Nabisco.

These well respected scientists insisted for decades that saturated fat and cholesterol caused coronary heart disease even though this was not borne out by the studies. Because of their academic stature, and because their conflicts of interest were not publicly known, their views were widely accepted.

In 1980, a team led by a colleague of Stare’s named Mark Hegsted helped draft the US government’s first edition of Dietary Guidelines for Americans  It states that “too much sugar does not seem to cause diabetes” (page 15). By 1985, Stare had joined the committee and the word “seemed” was dropped from the Guidelines, so that the statement appeared conclusive: “too much sugar in your diet does not cause diabetes”(p.19). This claim contradicted their own studies from the Carbohydrate Nutrition Laboratory. Stare and Hegsted’s influence eventually resulted in a food pyramid with lots and lots of carbs as the foundation of the American diet. Thanks, Fred!

Around the same time, the New England Journal of Medicine (NEJM) published an article heralding fructose as the ideal sweetener for diabetics. They decided that because glucose raises blood sugar (a measure of the glycemic index), but fructose does not, that fructose was off the hook. The NEJM was first to publish research funded by the sugar industry and did not disclose this bias. Only in 1984 did the Journal implement a conflict-of interest policy. By the 1990s, the American Heart Association began recommending that we consume sugary snacks—including candy—instead of saturated fat. Sugar was unleashed on an unsuspecting American public. Here is a good story of how the saga unfolded over 50 years, ending with Robert Lustig’s compelling research on sugar.

Lustig demonstrates, in The Toxic Truth about Sugar that sugar-related diseases are costing America around $150 billion a year. So why is there still no regulation? It’s because the government is still beholden to the sugar industry. The USDA’s dietary guidelines are conveniently vague around sugar (“don’t consume too much”) and the FDA has labeled sugar ” generally recognized as safe” in spite of a huge body of research that indicates otherwise. Politicians who try to ban or tax oversized sugary drinks continue to fight an uphill battle against a well-armed behemoth.

But before you celebrate with a big plate of sizzling bacon, make sure that these pigs are raised without a life of torture and medication. Sustainably raised pork makes up only 1% of pig products in the American marketplace.

The sugar industry is still at it

After the American Heart Association finally issued a report linking sugar to obesity and cardiovascular disease, the Sugar Association had this to say: “Every major systematic review of the body of scientific evidence exonerates sugar as the cause of any lifestyle disease”. I wonder what planet they’re on. Oh yes—Planet Profit.

See a fun slideshow of who did what and how the sugar drama played out over 50 years, while Americans continued to get fatter and sicker.

Where is sugar hiding?

Everywhere but under your bed. Manufactures often combine natural and added sugars but aren’t required to reveal how much of each (for example date sugar vs. maltodextrin). This makes it hard for consumers to figure out how much added sugar there is in your food. According to Sugar Science, an online educational resource about the danger of sugar, 74% of packaged foods contain sugar, in one of its many disguises. I have many cute nicknames for sugar: sweet poison, toxic dust, white death. But here are the real ones. 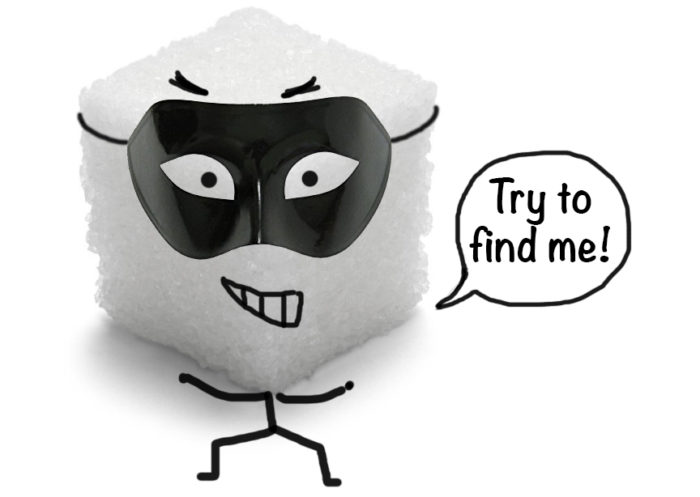 The many names of sugar:

What happens when sugar is thrust upon a population that never ate it?

Duh—they get fat and sick. Whole families get diabetes. Research shows that wherever indigenous, or “non-Western” populations begin eating Western diets and living Western lifestyles, diabetes epidemics take hold. Then Big Pharma gets to come in and sell lots of drugs to keep these people alive. You won’t believe what happened deep in the Amazon… 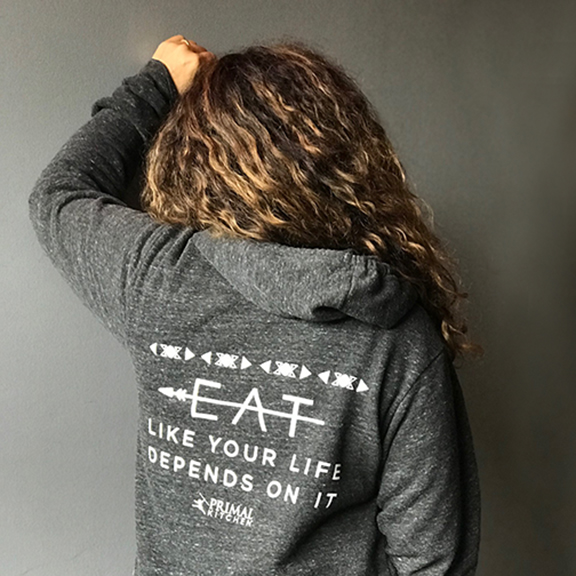 Read the last article in the series to find out

This article is dedicated to my friend Axel in Denmark who died last summer of esophageal cancer. Axel had degrees in geology, biology, zoology, and engineering, and he still wasn’t done because he drank in information like I eat chocolate. Axel had a wry and colorful sense of humor even when he was sick, unemployed, and when he briefly lost custody of his kids: “It’s important to stay optimistic. We didn’t win the war by being depressed, you know. Like before, when there were no openings in biology I switched to geology. When I couldn’t find work as a geologist I worked as a chemical engineer. When engineers couldn’t find work I got a degree in computer science. So just because the software industry closes down, should that hold me back? Neeeeouw! This time I want to become a pilot. Lots of jobs out there. Already got one lined up for me as soon as I get my certificate. All I have to do is fly to Colombia to pick up six crates of apples from a guy called Pablo, easy money. See, there are always opportunities for someone who’s prepared to make an effort.”

One thing I will always remember is Axel studying his pet fish, apparently mesmerized.“But they’re just swimming around, like fish!”, I said. But apparently I was wrong—they are fascinating creatures with complex behaviors. Who knew? Axel watched them for hours and knew each of their personalities. When he got moved to hospice, I went to the Boston Aquarium and sent him pictures and videos, so those were the last fish he ever saw.

Note: all mentions in article of Diabetes refers to Type 2 Diabetes and not Type 1.