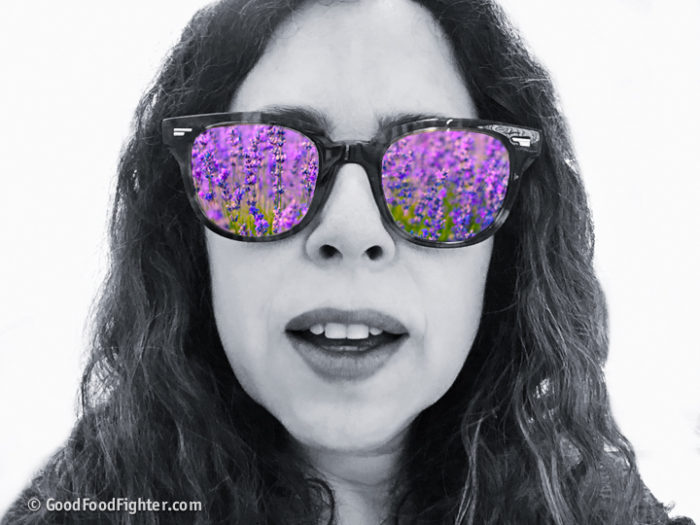 Last spring, my son got sick. He was in pain for nearly half a year. It was so acute that he missed months of school. My husband and I took him to doctor after doctor, and he had every diagnostic test available, but we couldn’t identify the source of the problem (stomach and chest pain) and therefore, could not figure out how to heal him. He would come to me and say. “Mommy, I’m in so much pain”, and there was nothing I could give him, nothing I could tell him, no way to comfort him, and no end in sight. I tried to be his rock, to be empathetic without showing fear (doctors had started suggesting scary diseases) or despair (nothing was working), but I slowly started coming apart, watching my child suffer all the time. And then I started crying. All the time. Because I could not help him.

And then someone recommended lavender pills. For me, not him (not for kids). I wasn’t convinced. I thought–yeah, it has a nice smell, big whoopie. Yes, it would be nice to lie in a field of lavender in the South of France, but that’s not going to solve anything. And then I decided to investigate the product, and I learned that clinical trials had been done that demonstrated clear benefits. And then I googled reviews of the pills and found that they had helped hundreds of people. So I finally tried them.

And I felt calmer. And saner. And better able to cope. I couldn’t believe it.

Are there Clinical Trials?

Professor of psychiatry Dr. Siegfried Kasper was involved in several clinical trials at the Medical University of Vienna and was enthusiastic about the results:  ‘’This is a very exciting development for anxiety as the research demonstrates the lavender oil capsules not only reduce both physical and psychological symptoms of anxiety but also have a beneficial effect on health-related quality of life, without problems such as sedation, addiction or interaction with other medications.

Lavender has long been used in India and Tibet as an analgesic and antidepressant. Extracts were used to treat migraines. But it’s nice to also have double blind placebo studies to confirm its efficacy.

The only downside, which is mentioned often in reviews, is what’s called “lavender burps”. Occasionally you will burp and experience the taste of lavender. Weird, but not really offensive.

I took the pills on and off for about a month until my son started to slowly recover. It turned out that the problem was not an infection or a parasite or esophagitis or pancreatitis or gastritis or allergies or diabetes or gluten or dairy or anxiety. Every doctor had a different theory about what was going on (the first suspected appendicitis, the last tested him for cystic fibrosis), but in the end, the pain (and other abnormal markers) seem to have been caused by huge swollen lymph nodes in his intestines that may have been triggered by the flu virus. We’ll never know for sure, but we finally got our lives back.

Now I take lavender as needed when something comes up that stresses me out. I keep the pills in the silverware drawer so they’re always handy.