Nope, it’s not. This is outdated science. Our entire food culture—and the government dietary guidelines which informs it— is constructed around this myth. But a new study debunks it.

My butter-loving, rail-thin son also debunks it. I recently bought a decadently rich butter which is imported from France, where cows eat grass and butter is made the old-fashioned way. Here’s what happened next: 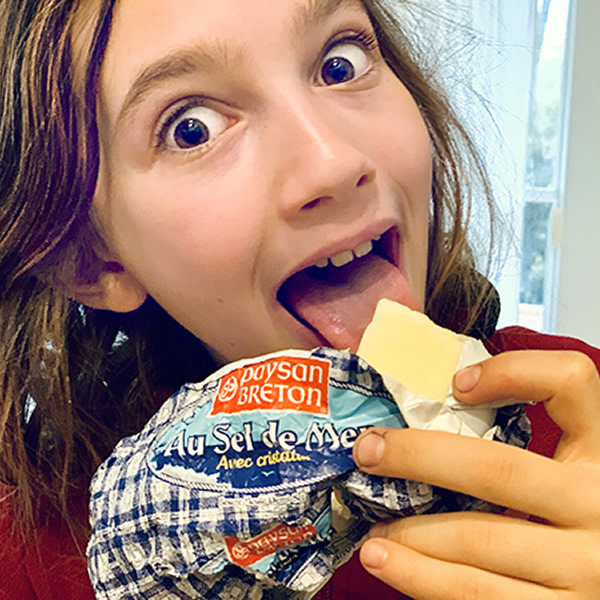 I served dinner. Which included squash.

True Story. More chapters to come, apparently. Butter is awesome! It can change your life! And make your kids eat vegetables! 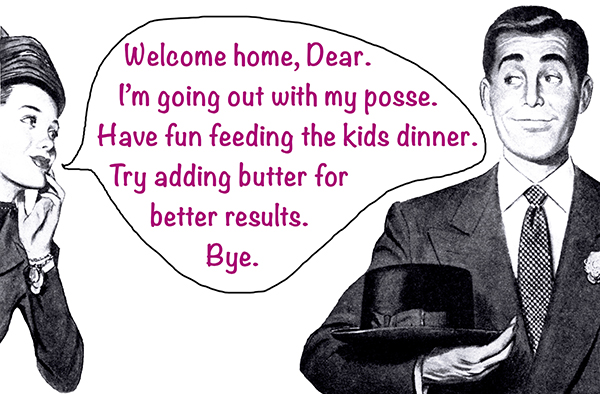 And now for the study that changes everything

The Framingham State Food Study was designed to determine how the types of food we eat impact how many calories we burn, or our total energy expenditure. Researchers recruited overweight students and faculty from Framingham State University, 20 miles outside Boston. They prepared three diets with varying carbohydrate to fat ratios. Participants were randomly assigned to one of these diets—20%, 40% or 60% carbs and 20%, 40% or 60% fat. Protein was fixed at 20%. The amount of added sugar, sodium, and saturated fat was constant across all the diets.

The Framingham study was one of the largest and longest feeding trials ever done. It was carefully controlled to eliminate variables that might muddy the data. For example, researchers fed participants all their meals and snacks for 20 weeks to make sure that participants actually ate what they were supposed to. Researchers even tracked biomarkers that indicated whether participants stuck to their diets. Body weights were assessed daily through calibrated WIFI scales.

Here’s what they measured

Here’s what they found 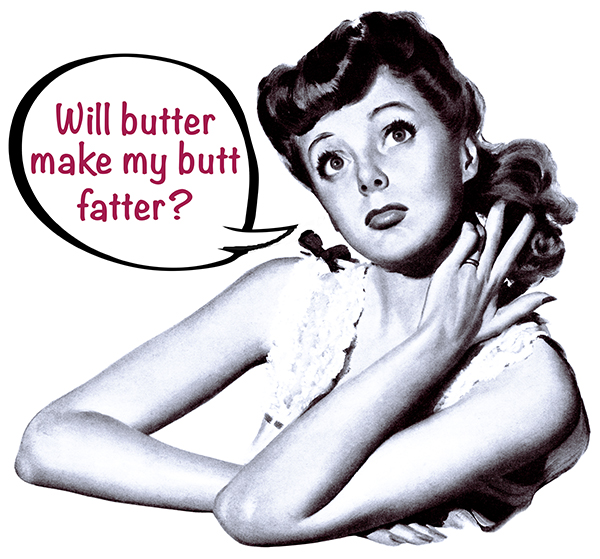 Connection between carbs and insulin?

The carbohydrate-insulin model theorizes that consuming a meal with a high-glycemic load causes fat to be stored in the body’s tissue. It is believed that this leads to increased hunger and food cravings, lower energy expenditure, and a predisposition to weight gain. This model helps explain why obesity rates have increased in the United States since the 1970s, when dietary fats like butter and whole milk were replaced with foods that are high on the glycemic index, like bread, cereal, and sugary yogurt.

David Ludwig, MD, Phd, who co-authored the study, explains, “According to this model, the processed carbohydrates that flooded our diets during the low-fat era have raised insulin levels, driving fat cells to store excessive calories. With fewer calories available to the rest of the body, hunger increases and metabolism slows—a recipe for weight gain.”

Ludwig argues that the obesity epidemic is driven by refined carbohydrates such as sugar, juices, bagels, white bread, pasta and heavily processed cereals. These foods tend to spike blood sugar and insulin, a hormone that promotes fat storage, and they can increase appetite. These foods seem to undermine your metabolism. 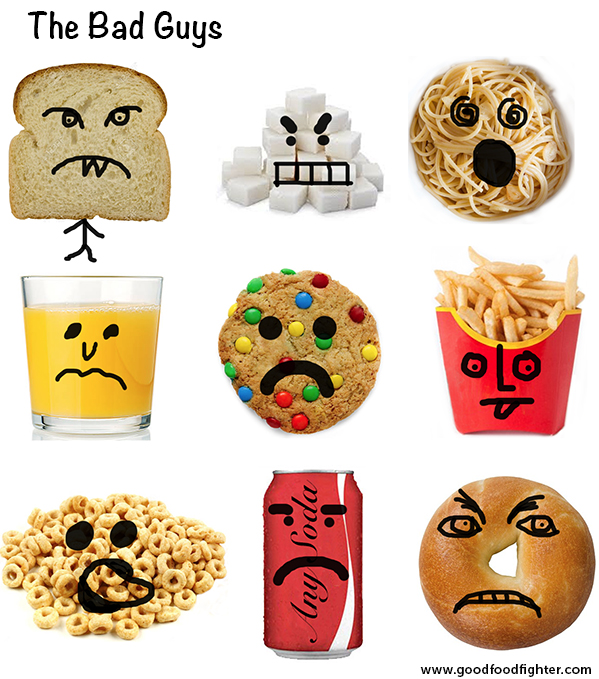 Calories are not created equal. Diets with different ratios of carbs and fat but identical amounts of calories have very different effects on hormones, hunger and metabolism. Therefore, reducing calories will not necessarily lead to weight loss; conversely, increasing calories does not automatically translate into added pounds. Burning more than you consume seems like a logical weight-loss strategy, but apparently that’s not how it works. According to this study, cutting carbs helps maintain weight loss.

There have been numerous studies—many with conflicting results—on the impact of various diets on weight loss, and some studies show success with high-carb diets. But most of these studies are too short—some completed in less than a week—to be meaningful; the body requires several weeks to adjust metabolically from high carb to low carb to achieve statistically significant weight loss.

Controversy will likely continue to rage—many health “authorities” have made calorie-counting the centerpiece of their philosophy. But this study makes it clear that calories are not all metabolically alike to the body. Starch and sugar appear to alter the body’s burn rate, lowering metabolism. Dr. Dariush Mozaffarian, dean of the Friedman School of Nutrition Science and Policy at Tufts University, stated that the findings were statistically significant and that they contradicted conventional wisdom. “It’s time to shift guidelines, government policy and industry priorities away from calories and low-fat and toward better diet quality.”

So beware faulty diet information everywhere you go. Ironically, the National Institutes of Health, which partially funded the study, still recommends on their website that people count calories. It claims that dietary fat has more calories per gram than protein or carbs: “You need to limit fats to avoid extra calories”. Geez!

This Study has been published in the British Medical Journal. It was funded primarily by the Nutrition Science Initiative, a non-profit founded by Gary Taubes, the New Balance Foundation, and the National Institutes of Health.

How can you implement this new wisdom into your eating habits? 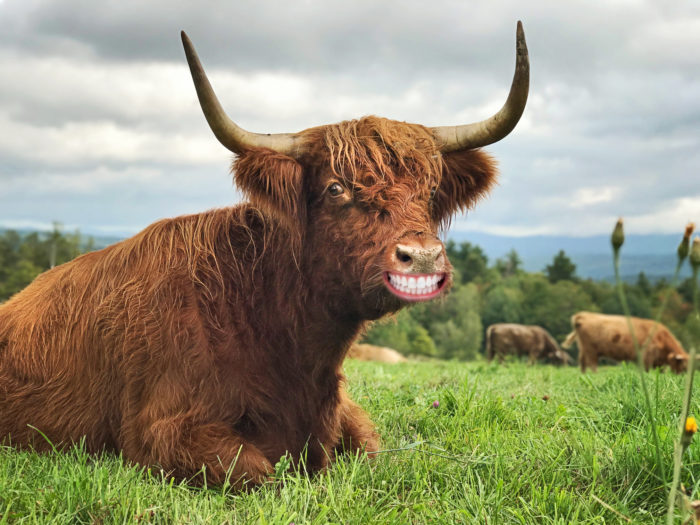 Here’s a good list of healthy fats to get you started:

For more information check out this helpful article about healthy fats! 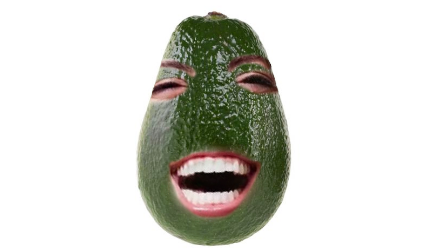 And a note about butter:

Always choose pastured/grass-fed cows, an independent farm, pure ingredients, and traditional methods of production. I will now be making special trips to Central Market in Austin just to get this miracle butter—Au Sel de Mer by Paysan Breton (translates roughly to “Salt of the Sea” by the Peasant from Brittany). Check your store’s selection. Maybe they have President butter? It’s also from France. At the very least they will have Kerrygold, from Ireland, which is richer and healthier than most American brands. If you can find local options, try them!! 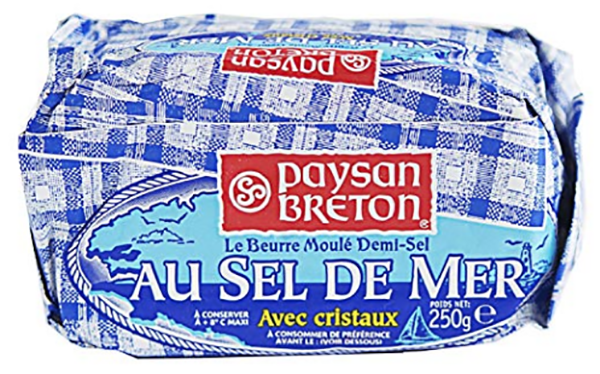