What is a genetically modified food?

It’s a food that has been engineered in a lab. This is a departure from traditional breeding techniques which use only plants and animals from the same species that are “sexually compatible”. Organisms with desirable traits like sweetness or disease resistance are selected and cross bred. Over time—usually a few generations—the offspring will start carrying that trait.

Genetic modification is different: the DNA from one type of organism (plant, animal, or bacteria) is injected into another. For example, corn has been injected with a soil bacteria called Bacilllus Thuringiensis (otherwise known as Bt). Now the corn has a new gene—an insecticide that destroys the stomach of invading pests. And you get to eat insecticides, too! 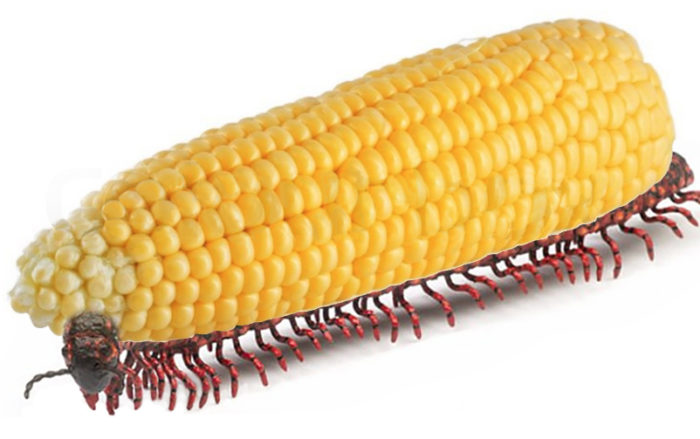 That means that it’s hard to find any that’s not. What to do? Don’t eat the following foods unless they’re certified organic or GMO free:

Did you know that soy and corn by-products are in practically everything?

Over 70% of packaged foods contain GMOs. So don’t eat products that contain additives made from the above foods. For example:

Hundreds of corn-derived ingredients show up in packaged foods on a shelf near you, probably in your kitchen. Check for:

Did you know that almost all conventional animals eat GM feed?

Most animals are fed soy, corn, and alfalfa, and those crops are almost entirely GM. So if it’s not organic, it’s basically GM meat. And GM eggs, and GM milk.

Keep your eyes open. Also keep your mouth open—ask lots of questions and don’t trust anything in a supermarket. Your local co-op is probably more responsible. Your local CSA box (community sponsored agriculture) will likely be non-GMO. And your local farmer’s market probably has the highest standards. Still, ask, ask, ask.