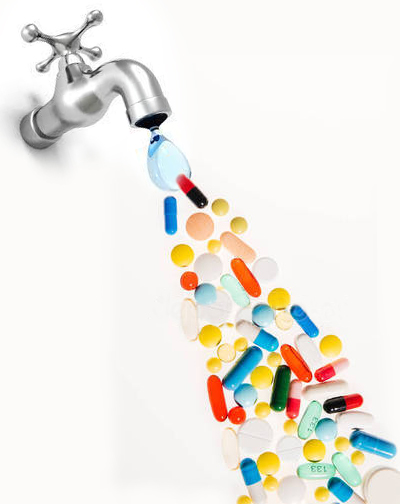 Why is there Fluoride in my Water?

Is it Good for me? Doesn’t the Government ensure that my Drinking Water is Safe?

The debate around fluoride has been going on since water fluoridation started in 1945. At least half of all Americans are currently drinking fluoridated water in spite of a growing body of scientific evidence showing it to be a dangerous toxin that bio-accumulates in your body. The evidence of its benefits, by contrast, is inconclusive.

The United States has experienced a decline in cavities since fluoridation, and so the CDC hails this program has a great success. However, most western, industrialized countries—including most of Europe—do not fluoridate their water, and have experienced the same decline in childhood dental decay as fluoridated countries. There are other factors contributing to this decline, such as nutrition.

In 2009, fluoride was placed on the Environmental Protection Agency’s list of chemicals with substantial evidence of developmental neurotoxicity.

Sodium fluoride—a waste material— was initially used for fluoridation. This is the pharmaceutical grade compound used in toxicology studies and other research into the potential health dangers of fluoride. Sodium fluoride is used in rat and cockroach poisons, anaesthetics and psychiatric drugs.

The other two—sodium silicofluoride and hydrofluorosilicic acid—are the compounds used today for water fluoridation, according to the CDC. Both are waste products from wet scrubber systems of the fertilizer industry and are classified as hazardous wastes. Hydrofluorosilicic acid is a highly reactive chemical and its toxicity is well known among chemists. It eats through metal and plastic pipes and corrodes stainless steel and other materials. It can dissolve rubber tires and melt concrete.

What does Fluoride do to your Brain?

Researchers from the Harvard School of Public Health have extensively documented the impact of fluoride on neurological development. You can read about it here.

Other Dangers to your Health

Besides affecting the brain, fluoride is linked to premature puberty due to accumulation in the pineal gland, reduced thyroid function and thyroid disease, damage to bones and arthritic symptoms and even bone cancer (osteosarcoma); also, sperm damage and reduced fertility, as well as impaired kidney function. The list goes on. To learn more about the dangers of fluoride, check out 50 Reasons to Oppose Fluoridation.

Christopher Bryson, author of The Fluoride Deception (2004) describes the shared interests of the aluminum industry, the US nuclear weapons program, and the dental industry in the 1940s and 50s. Producing bomb-grade uranium results in large amounts of fluoride waste. The Aluminum Company of America was embroiled in lawsuits due to pollution which was affecting crops, livestock, and people living downwind from its plant. Disposing of fluoride – the toxic waste product from aluminum plants — was quickly turning into a very costly problem. At the same time, Harold Hodge, a scientist at the University of Rochester, was asked to produce medical information about fluoride that would help defend the government from lawsuits over fluoride pollution. Thus a PR campaign was created to convince the public that fluoride was not only safe, but beneficial. The endorsement of fluoride as a dental health prophylactic was a way to rescue multiple industries and the government from mounting political and financial backlash relating to fluoride pollution. You can buy the book here.

A 1943 issue of the Journal of the American Medical Association explains that fluorides are general protoplasmic poisons that change the permeability of the cell membrane by certain enzymes. A 1944 editorial published in the Journal of the American Dental Association is prescient: “Drinking water containing as little as 1.2 ppm fluoride will cause developmental disturbances. We cannot run the risk of producing such serious systemic disturbances. The potentialities for harm outweigh those for good.”

What you can do:

“Compelling and convincing, this film overturns the industry dogma on fluoride, exposing the toxic truth about what we put in our drinking water.”
-Lois Gibbs, Love Canal Hero and Nobel Peace Prize Nominee

Many longterm studies in China, India, Iran, Mexico, and Canada have yielded similar results about the dangers of fluoride. This article references studies that identify two outcomes of fluoridating water: lower IQ in children, and ADHD. 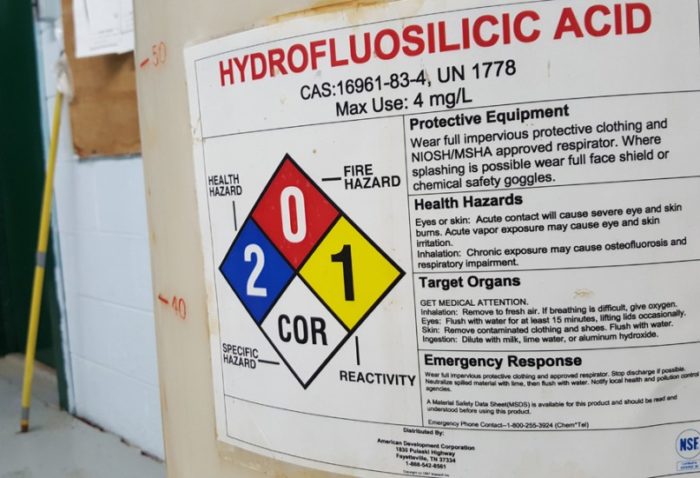