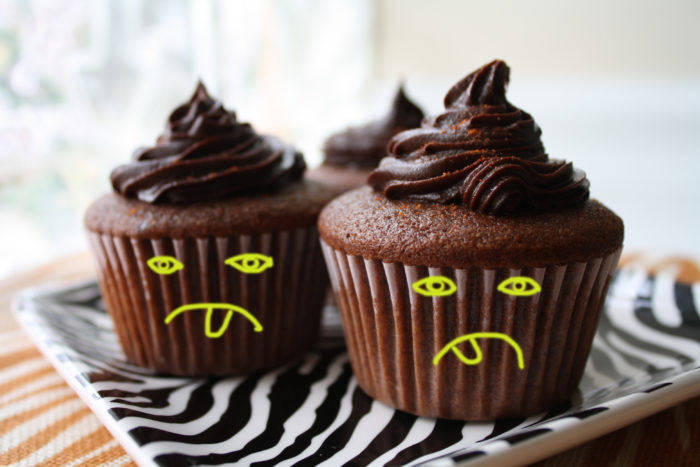 Last week I had a long conversation with Virginia in the bakery department that began after I asked why there was soybean oil in the cupcakes. I asked, “Why not coconut oil?” She explained that customers like me can make a difference by directing concerns to you through the company website, so I am doing so.

My parents have been shopping at Whole Foods since it was “Bread and Circus” in the 80s in Boston. They have owned stock for decades. I was raised on romaine when everyone else was eating iceberg, and brown rice before it was mainstream. I was taught by my mother to read ingredient labels–that nothing else mattered on a product. When I became an adult and started shopping on my own at Whole Foods, I was delighted that products were being meticulously selected and quality controlled for me so that I did not even have to read ingredients. I deeply and implicitly trusted Whole Foods and believed that it was one of very few truly ethical corporations.

I moved here from NYC in 2006 and my realtor took me to Whole Foods for lunch. I told him I needed a house that was within 1.5 miles from the South Lamar store, and he found me one. That is where I went for my first mama break when my baby was three weeks old. I was delighted just to walk around the store. We used to ride there on the hike and bike trail (baby in the chariot) all the time for lunch.

Then, I started to notice canola oil in everything: freshly prepared salmon in the bistro, house made turkey in the deli, and lots of other prepared foods. I asked why. I was told “high boiling point”.  What about sesame, extra virgin olive, coconut, palm and avocado? More expensive? Is the Whole Foods customer shopping for a bargain? Since Canola is—at best—highly processed and refined, and—at worst—genetically modified, I was deeply disturbed, and we stopped eating there.

I still shop there, though, to the tune of $1000/month. I appreciate that the people who work in produce can tell me which melon is the sweetest, or if they don’t know, they’ll cut one open. They tend to know where things come from and even how they’re grown. At the fish department they can steer me away from fish with the most toxins, and the head butcher explained to me how cattle is humanely slaughtered. They also skin my pastured chicken for me, which I appreciate. What I don’t appreciate is that the Whole Foods is one of the players on the USDA National Organic Standards Board who is now watering down the criteria that you, personally, so valorously pushed through…..did someone say carrageenan?

I stopped by the bakery last week for a cupcake for my husband’s birthday. I noticed that one shelf of desserts was made with a short list of pure ingredients. These turned out to be baked in house. The cupcakes, and other treats with long lists of not-so-appetizing ingredients came from Houston. I ended up buying a lemon soufflé tart instead of a cupcake. But I wondered, “How hard is it to make a natural cupcake in this state-of-the-art kitchen the way you would in your own kitchen?” Would my mother, or yours, add (genetically modified) soybean oil to her cupcakes? (Genetically modified) Canola oil to her salmon? Of course not. Would I pay 25 cents more for a cupcake made with coconut oil? Yes.

I am starting to pay more attention to what I buy at Whole Foods and have signed up for a CSA. I will be looking for more local sources for dairy, bakery, and prepared foods. I feel that Whole Foods is moving away from its core values and towards Monsanto: big profits and huge volume at the expense of its original mission. The attrition will happen slowly, but as more consumers become aware of the prevalence of (hidden) GMOs in Whole Foods’ not-so-whole foods, and the ubiquity of cheap oils in what would have been hearty, pure foods, people will look for other choices.

Like John Mackey, for example, who eats lunch three minutes away from Whole Foods at Casa de Luz. Why?

Many thanks, in advance, for your consideration and reply.

And here is the misinformation-based reply that tries to justify the use of ingredients linked to disease—just like the tobacco industry did with cigarettes, and just like the bio-engineering industry is doing now with GMO food—all to try to confuse customers. Sorry, Rachael, it didn’t work–now I shop at Wheatsville Co-op!

Thank you for contacting Whole Foods Market with your concerns. We recognize that customers may have their own personal criteria for buying or not buying a product. Our Quality Standards provide the basic screen for ensuring our products are free of artificial flavors, colors, preservatives, and sweeteners, as well as hydrogenated fats. From there, we encourage each individual to make their own personal decisions incorporating any additional criteria that remains important to them when purchasing a product.

Canola is a specifically bred variety of rapeseed and is part of the mustard (or Brassica) family whose other members include broccoli, Brussels sprouts, cabbage, kale and mustard greens. We use canola oil in many of our Prepared Foods recipes because it is very versatile. Canola is fairly heat stable, so it is suitable for all types of cooking and it has a neutral flavor, making it suitable for all kinds of dishes. We use non-GMO canola oil in all of our Prepared Foods.

There appears to be a great deal of confusion concerning the safety of canola oil. At Whole Foods Market, we believe canola oil is a safe and wholesome food and, therefore, will continue to sell it in our stores. There are no research studies indicating that canola oil is harmful to humans when consumed as recommended. None of the vast number of purported side effects attributed to canola consumption like loss of vision, disruption of central nervous system, and anemia, to name a few examples, have been reported in medical journals.

Carrageenan is a natural gelling agent extracted from several species of seaweed, including Irish moss, whose gelling properties have been used since at least 1810. Today, carrageenan is used in small amounts as a stabilizer and thickener in dairy, dairy alternatives, meats and other products.

Recent information in circulation has claimed that this ingredient is associated with gastrointestinal diseases and other symptoms. This information is based on research about a distinctly different substance that is not allowed for use in food production. Scientific evidence shows that non-food-grade carrageenan resists degradation in the digestive tract. On the other hand, food-grade carrageenan has been extensively reviewed and is considered safe by a number of regulatory bodies, including the U.S. Food and Drug Administration, the European Union Food Safety Authority, and the Joint Committee on Food Additives of the United Nations.

I hope this is helpful. If you are interested in learning more about Whole Foods Market’s Quality Standards, please visit: http://wholefoodsmarket.com/about-our-products/quality-standards

If you have any further questions please use our on-line response form.