It couldn’t possibly be true, and yet, it is.

There is lead in your chocolate. Dark chocolate has more lead, because it has more cocoa. And it’s not just industrial chocolate like Hersheys that’s affected, but organic chocolate like Green and Black’s. And your children, whose bodies are much more susceptible to the toxicity of lead, are eating it, too. How much lead? Lead concentrations in manufactured cocoa are among the highest of all foods—some have nine times the daily amount that California considers safe to avoid reproductive harm. (California has the toughest laws).

How does the Good Food Fighter know this?

A recent study measured lead in chocolate. The results are here and also below.

After these results were published, the Candy Lobby unsurprisingly put out a statement saying that all foods naturally contain trace minerals and that people have been safely eating candy for hundreds of years. Should we believe that?

No, actually. Lead contamination in candy dates back to the early 19th century. At first, candy was colored with metallic poisons like lead chromate and Brunswick green and their wrappers were printed with lead compounds. Government regulation resulted in eliminating these dyes. More recently, lead has been found in Mexican candy, largely from contaminated chili pepper and tamarind but sometimes from lead-laden wrappers. The CDC has issued warnings about lead contamination during drying, grinding, and storage. The FDA responded with only voluntary “guidelines” for manufacturers, so they are not required to actually make changes. The Texas Poison Center Network provides a list of Mexican candies that surpass the FDA’s safe limit for lead. The sweets that had highest levels of lead were Ricaleta Diablo, Tiramindo, Ricaleta Chamoy, Tutsi Pop and Indy Marimbas.

How do I know this isn’t fake science? The SOW report confirmed the results of an earlier study by Environmental Health Perspectives, found in the National Institutes of Health library, which explains the testing methods. In short, they used a Finnegan MAT Element high-resolution magnetic sector inductively coupled plasma mass spectrometer (HR-ICPMS). Yeah, those are fun to play with so I gave them out as party favors at my son’s last birthday, lol. Lead concentrations were derived from instrumental scans of the three major lead isotopes (206Pb, 207Pb, and 208Pb). Sounds pretty sophisticated to me, but if you need more details, read all about it here.

Where is lead hiding and why is it used?

Lead is a heavy metal that occurs naturally in the earth’s crust, but human activity—mining, manufacturing, and burning fossil fuels —has increased everyone’s exposure. Lead was once used in paint and is still used in gasoline in a handful of countries to boost car performance. Particles from leaded gasoline are absorbed into soil and can be present for years, even after the additive (tetra-ethly lead or TEL) is phased out. Atmospheric lead can contaminate things that are exposed to the air. Currently lead-acid storage batteries account for 88% of world usage of lead. It is also widely used in medical facilities to block X-ray and gamma radiation. Lead acts as a shield against nuclear radiation when nuclear material is being transported. It is also used for solder, pipes (which can contaminate water), pottery (which contaminates food), roofing materials, food cans in some countries, and even cosmetics (which get absorbed through the skin).

Interestingly, cocoa bean shells suck up lead like a sponge so they test high for lead. Cocoa beans tested very low for lead, and the finished chocolate products tested very high, so everyone is trying to figure out where the contamination occurs during the process from bean to bar.

What do the Chocolate Makers say?

Predictably, the biggest manufacturers minimized my concerns and pretended that everything was fine. Here are some excerpts from email exchanges with the companies. (List will be updated as responses come in):

Hersheys:  The FDA and many states monitor the amount of lead in food. (We’re off to a bad start here: the FDA is virtually useless since it panders to industry lobbies). All Hershey products meet all FDA and state standards, and our cocoa powder and chocolate are safe to eat. This includes the very strict Proposition 65 standards for lead and cadmium in candy and other products. In fact, our products comply with proposition 65 even when naturally occurring minerals are included…People have been eating cocoa and chocolate for centuries with no evidence of a single incident of concern regarding these naturally occurring minerals. Our products are among the safest in the world. (Actually, they’re not.)

Chocolove:  Chocolove beans are purchased mainly from the Ivory Coast. Once it is made into chocolate in Belgium, it is tested for all sorts of minerals, including lead, to ensure it is within US and Belgian federal guidelines. I hope this answers your questions. (It doesn’t.)

Nestle: Nestlè chocolate products pose no health risk. Candy manufactured in the United States follows an FDA-established safety guideline that is among the strictest in the world. There are trace amounts of naturally occurring elements such as lead in chocolate, just as in all natural foods. Minerals – including lead – are part of nature. Because they are present naturally in the soil and water where plants are grown, there are harmless traces of minerals occurring in virtually all foods. According to food safety experts, a person cannot eat enough chocolate in a lifetime for these naturally occurring elements to be of any concern. Have a great day! (I call this “the big blow-off”)

Trader Joe’s: As a privately held company, we do not participate in interviews for articles/publications, nor do we provide public access to copies of internal business documents (of course not, you need to protect yourselves!) …we will not offer any products we feel are unsafe; ever, and we have no reason to believe our chocolate products are not absolutely safe to enjoy (Then you didn’t read the news)…we are always monitoring several aspects of chocolate production in relation to the supply chain and the marketing of “finished goods” to guarantee the quality and integrity of our products…We believe all the ingredients used by our suppliers, no matter where they are sourced, are of the highest quality, and meet our strict standards for quality, taste, and authenticity. (But you didn’t answer the question of why your chocolate bars—so many of them—are dangerously high in lead).

Coracao: (The one chocolate maker who was honest, forthright, well-informed, and clearly seeking answers, like me): I have personally not found or heard of any cacao that tests zero for any contaminants. These tests are new, so we don’t know if it’s new environmental pollution or if it’s always been there…though my guess is that they’ve been present and never before tested. One of my friends owns a biodynamic cacao farm in Ecuador that is helping restore rainforest cover and his cacao tests positive for these contaminants. This is cacao coming from a biodynamic virgin rainforest land plot. Some people think it may be due to the volcanic soil, as cacao only grows around the equator. That would be my best guess, from my experience of seeing cacao test positive, even when coming from pristine areas and processed cleanly. 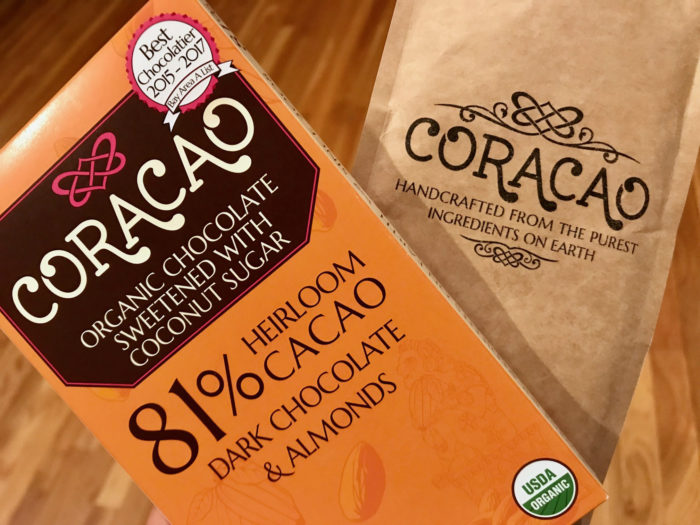 Consumer Lab, which did the testing, has all kinds of advice, so if you want to know how bad the bad guys are, or more about the brands that got a clean bill of health, you can read about it here. Below I have consolidated the good, the bad, and the ugly. Actually, I removed the bad and ugly because you have it in the chart. Naturally, all these lists are incomplete because the Lab did not test every chocolate in the universe. Ostensibly, they did not test any artisanal chocolate. But this is a start.

To Eat or Not to Eat

Approved for Adults only:

I had to subscribe to their site to get the complete lists and analysis which was very extensive. You will be able to see a summary at this link, or you can pay for full access. They rate other consumer products, as well, so it might be worth it. 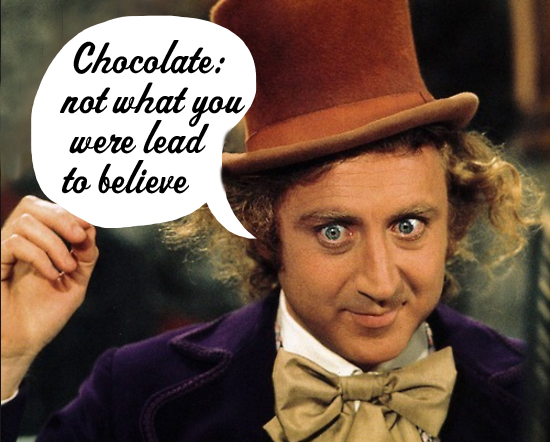 Lead is Devastating for Children

Even small amounts of lead can cause irreversible developmental problems in children. According to the Environmental Health Coalition, lead poisoning is the top environmental health threat to kids under six years old.

Dark chocolate has more health benefits than you realize—the darker the better. It’s one of the top power foods, and I’ll blog about it soon. At the same time, we want to minimize your lead (and cadmium) intake. Not all chocolate is safe to eat, and particularly for children. Remember that the “banned” bars are all dark chocolate, because dark chocolate has a high cocoa content. If you eat a low cocoa content you’re consuming more sugar (and/or mediocre quality milk product), plus you miss out on all the health benefits of chocolate. So eat dark, beware of the bars on the blacklist, and check back as I will be adding more safe bars as I discover them. In the meantime, give your kids dark chocolate….sparingly.